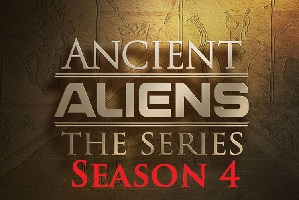 Click on the Episode you want to watch:  Ancient Aliens Season 4